How A Septic Tank Works 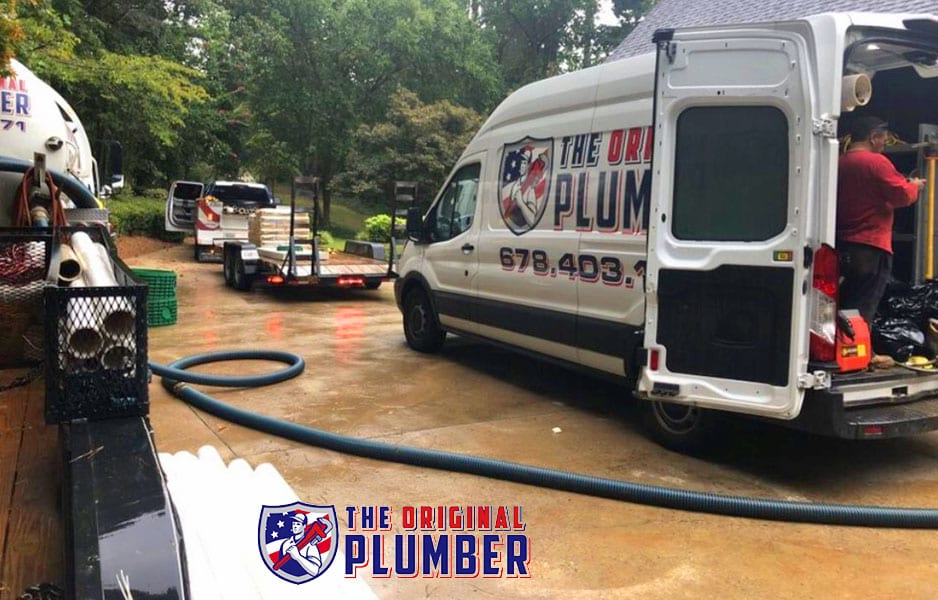 Understanding how a septic tank works is helpful in understanding how to care for your septic system. Most traditional septic tank systems have a septic tank, which is normally a big, concealed rectangular or cylindrical vessel constructed of cement, fiberglass, or polyethylene. It is not considered to be unusual for septic systems created prior to 1975 to have a single compartment and for those created after that period to have multiple compartments. In the septic tank, bacteria that survive in the absence of oxygen tear down a portion of the organic material. Sewage from all plumbing connections flows toward the septic tank, where weighty masses sink to the lowest point, where bacterial activity creates digested slime and vapors. The lightweight masses, such as grease, oils and lipids, ascend to the highest point in efforts to create a scum film.

Masses that are not disintegrated persist in the septic tank. It is critical to extract solids from the tanks regularly by pumping them out. If they are not drawn out, they will proceed to gather until they spill into the drain field. This ultimately leads the way to drain field stoppages and drain field collapse. The initial indications of failure may be slow-draining connections. Nevertheless, the system could potentially fail by releasing sewage to the ground or back-up into the residence. Tanks should ordinarily be pumped roughly every three years.

Waste departing from the septic tank is called “effluent.” While it has acquired some treatment in the septic tank, it still has an abhorrent odor and bears disease-causing organisms, natural wastes, and additional pollutants. This effluent needs to go throughout the subsequent step of treatment (the drain field) or it can result in notable ecologic issues and community wellness predicaments.

In the septic drain field, excrement from the septic tank moves within passages in the yard for concluding treatment by bions found in the earth.

The sewage seeps through the soil for 2 or 3 feet, where aerobic bacteria and minerals in the earth break down the residual organic matter and remove the majority of the remaining germs. The soil additionally traps substances such as phosphates. Your lawn should likewise have a “reserve area” where your substitute drain field will be placed if the drain field collapses.

Because the organisms that deteriorate the sewage require oxygen to persevere, it is imperative that you do not develop patios over the drain field or drive across it and tightly pack the soil. Modern ordinances restrict creating drain fields where dirt may grow immersed (stuffed with natural groundwater). As a result, your drain field should operate as intended on a year-round basis, even throughout the showery time of year, barring:

If the drain field is immersed or excrement does not have 2 to 3 feet to flow downward throughout, treatment cannot be executed. This can lead the way to pollution of groundwater and freshwater origins.

Some structures have a pump tank in combination with a septic tank. This pump tank holds an effluent pump, control floats, and a high-water warning system. The control floats are arranged so that a precise amount of excrement is transferred to the drain field. This distinct volume is referred to as a “dose.” When excrement in the pump tank hits the “on” float, the pump is initiated and pumps residue away up to the point that it arrives at the “off” float.

If the “on” float or pump falls short of expectations to operate, a signal will arouse once sewage touches the alarm float. Once this alarm is initiated, there is a bit of crisis accommodation space accessible in the pump tank prior to the structure becoming overwhelmed or backs up into the house. The alarm mechanism is generally positioned beneath the kitchen sink, in the carport, or on the side of your residence. It can be quieted, but this will not resolve the dormant problem. If this is to happen it is of exceptional importance to begin water preservation precautions as quickly as feasible.

Hopefully, this has helped you learn a bit more regarding how a septic tank works. If you have any questions or concerns you should consider reaching out to a plumbing company within the north Georgia area. Luckily, the original plumber provides both commercial and residential services and would be more than happy to assist you. Contact theoriginalplumber.com today!