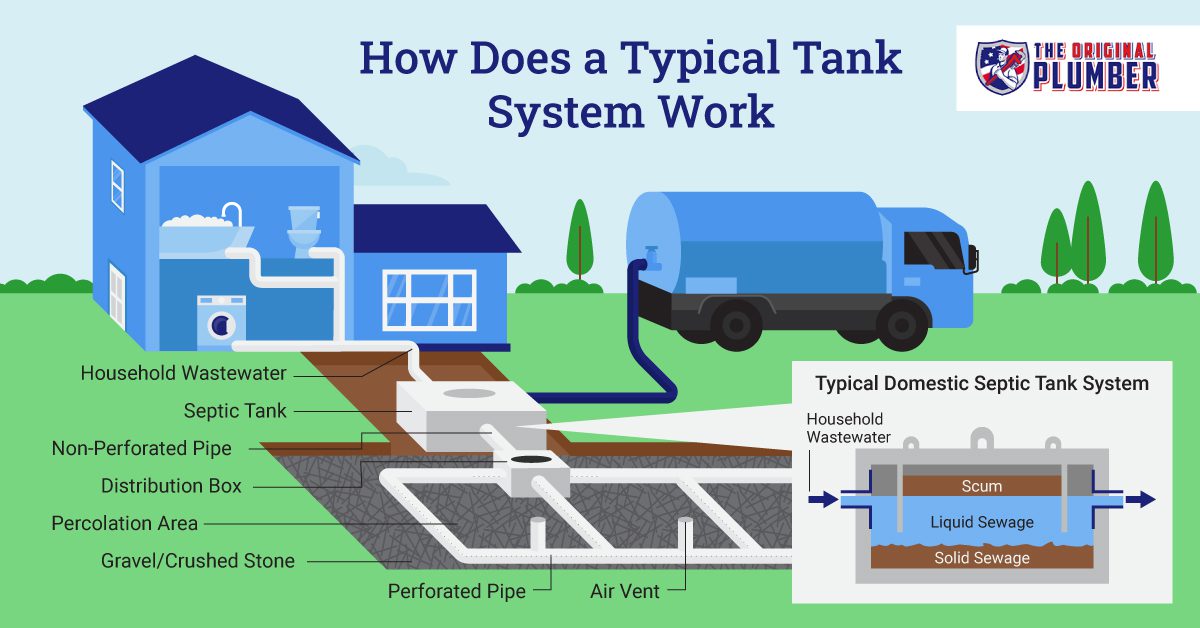 Many homeowners are intimidated by the idea of a septic tank, thinking it might be difficult to repair and expensive to maintain. With proper care, a well-built septic system can last as long as forty years.

Getting the most out of your septic system means knowing the ins and outs. We’ll go over the basics; how does a septic tank work, what it is, and how to maintain it for maximum lifespan.

What is a Septic Tank? 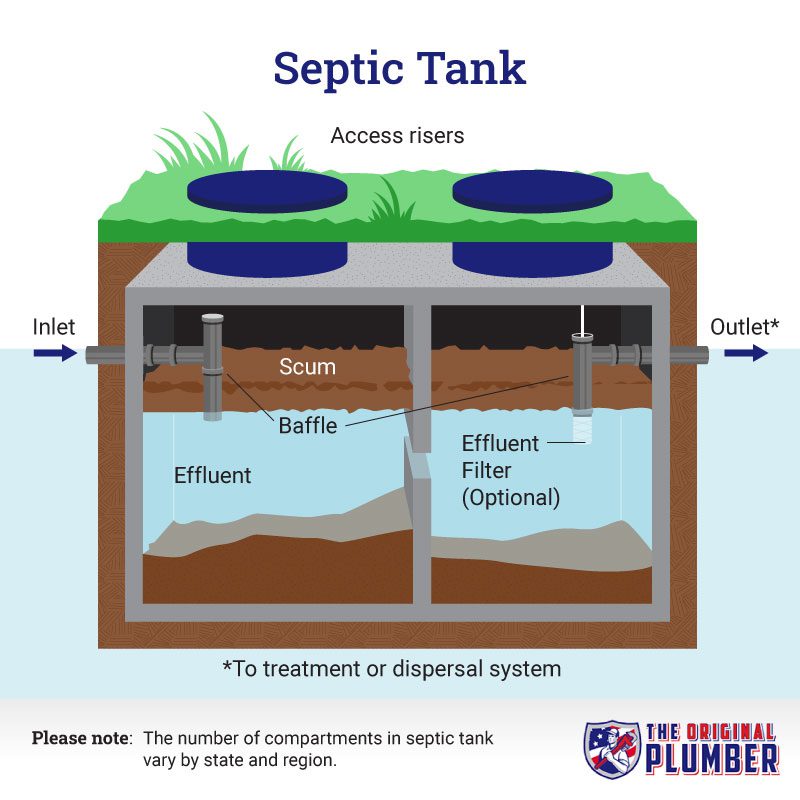 Many people think of septic systems as rare and obsolete. As many as one in five American homes boasts a septic tank, especially in rural areas. A septic tank is one big underground tank that holds and treats waste. It allows homeowners to safely dispose of wastewater from bathrooms, showers, dishwashing, etc., and take it outside.

Septic tanks and their supporting hardware are located underground. Usually, they are installed at least ten feet away from the house for safety reasons. They also must be placed far enough from wells, so you don’t risk drinking water contamination.

A septic tank is most often made of concrete or plastic. Some newer models are made of high-quality polymers such as polyethylene. Septic tanks come in various sizes to suit different homes.  They generally hold between 1,000 and 1,500 gallons.

What is a Septic Tank Used For?

Water that flows from your house is often contaminated, making it unsafe to drink or handle. Bathing, washing dishes, and doing laundry, also produces dirty water.

Septic tanks use natural and mechanical processes to treat wastewater that passes through the system. It doesn’t matter where it comes from inside the home. It removes unwanted solids and organic matter before returning water to the ground.

That’s where your septic system comes in. Septic systems treat wastewater when city sewer systems are not available.

How Does a Septic Tank Work?

Septic tanks work by allowing wastewater to sit and undergo a settling process. Solid matter and sediment sink to the bottom of the septic system, separating from the water. Over time, bacteria eat away at this sludge and break it down into more manageable materials. This also releases scum, like fats, greases, and oil. Scum floats to the top of the water’s surface.

The effluent slowly releases into the drain field and, over time, soil and gravel filter it, slowly removing impurities. Finally, the wastewater percolates into our soil to get rid of any bad stuff in it. This includes potentially dangerous pathogens, like coliform bacteria. Harmful coliform bacteria are found in human waste.

There are several types of tank designs. Which one a household uses depends on factors such as the number of bedrooms, soil condition, lot size, and more. According to the Environmental Protection Agency (EPA), the most common types of septic systems include:

A single or double-chamber tank that resides underground.

A full underground water treatment system where the septic tank feeds to a soil or gravel drainfield. 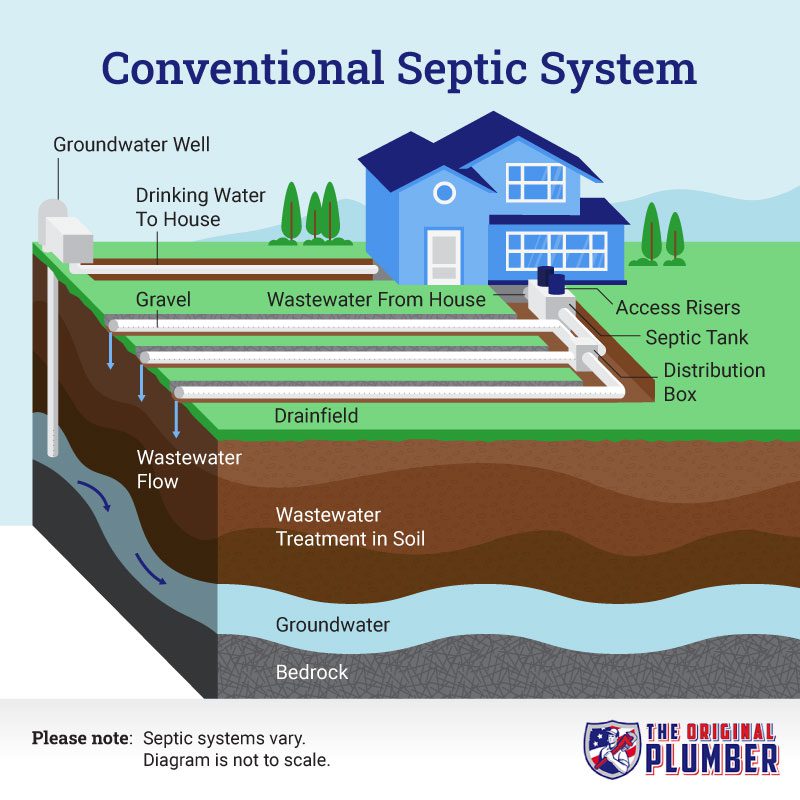 A graveless septic tank system that uses connected underground chambers instead of an open drainfield. 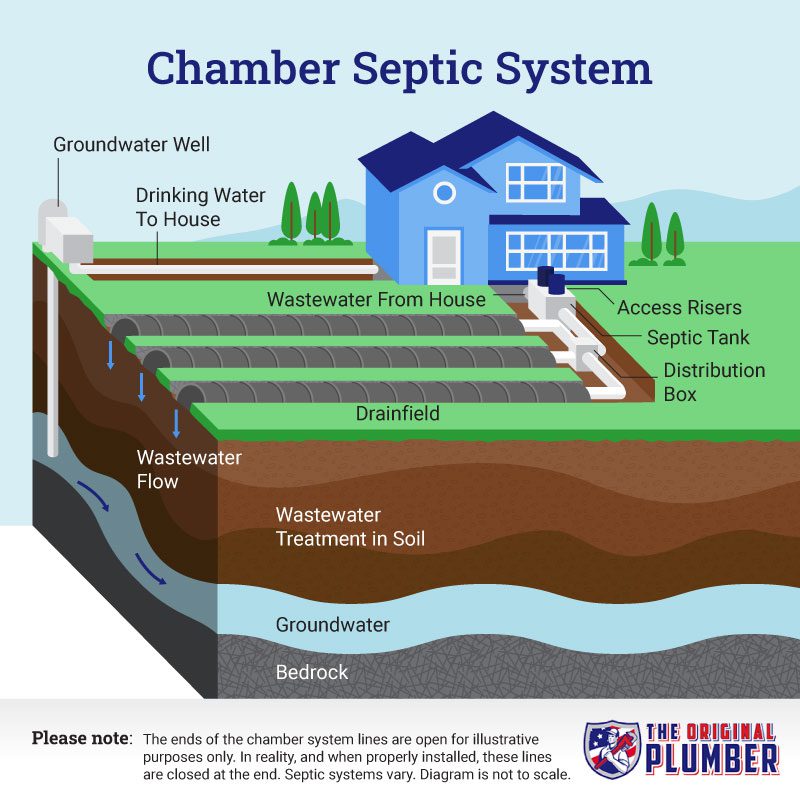 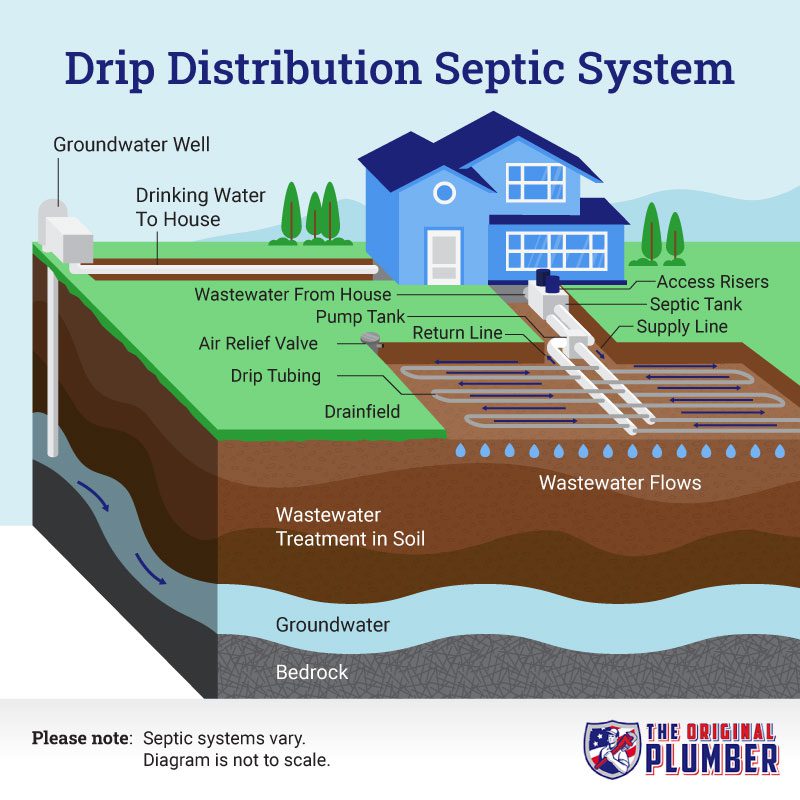 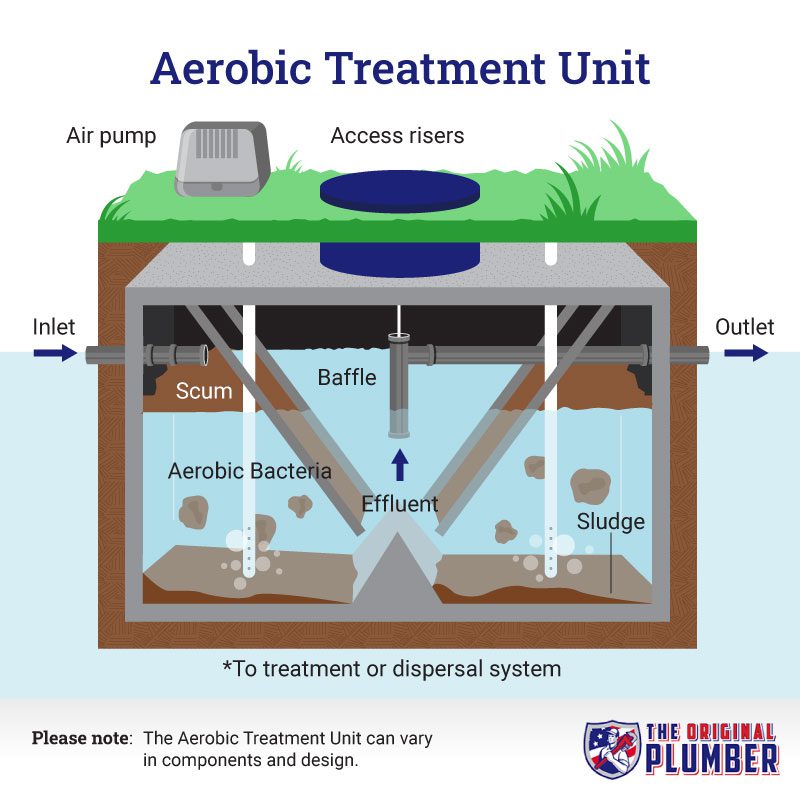 When it’s difficult to bury a drainfield, such as in areas with shallow soil or high groundwater, this system uses raised trenches to safely direct effluent flow. 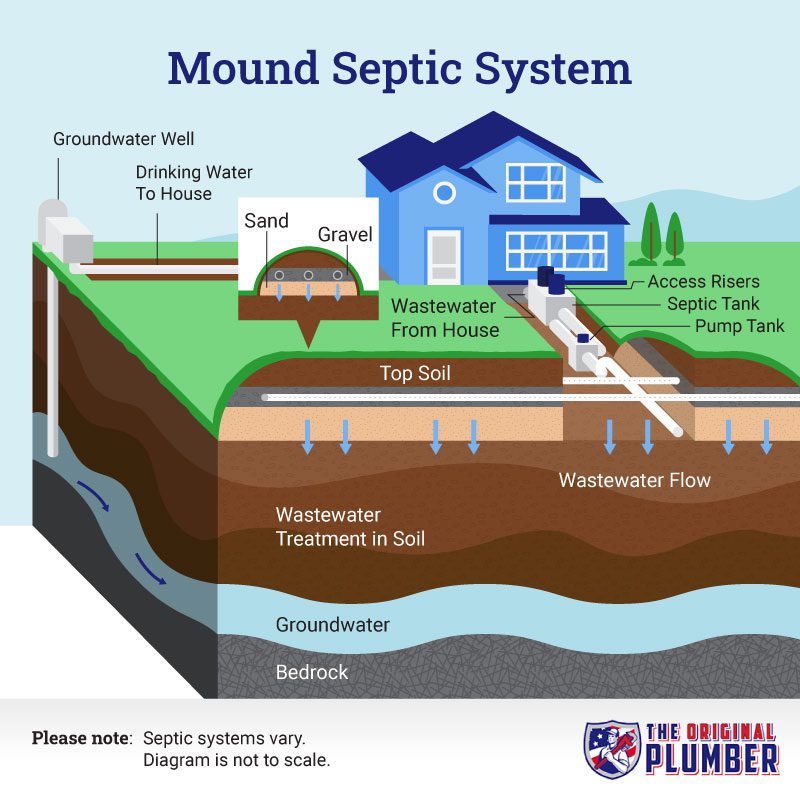 This system sends effluent from a tank to a pump chamber, where it percolates through a sand filter. It can be installed above or below ground. Absence of filter, will allow all the waste particles to flow through easily and clog up your pipes.

Instead of filtering effluent through the soil, this system traps it in the drainfield using a watertight material so that it can evaporate. 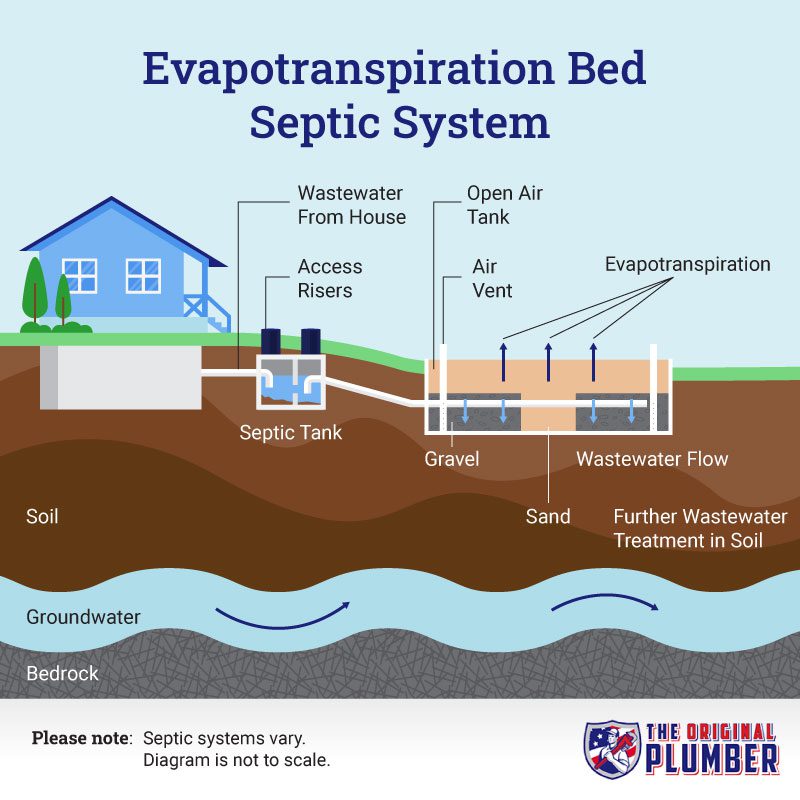 This eco-friendly system mimics natural water treatment methods, sending effluent to a wetland cell instead of a drainfield for filtering. 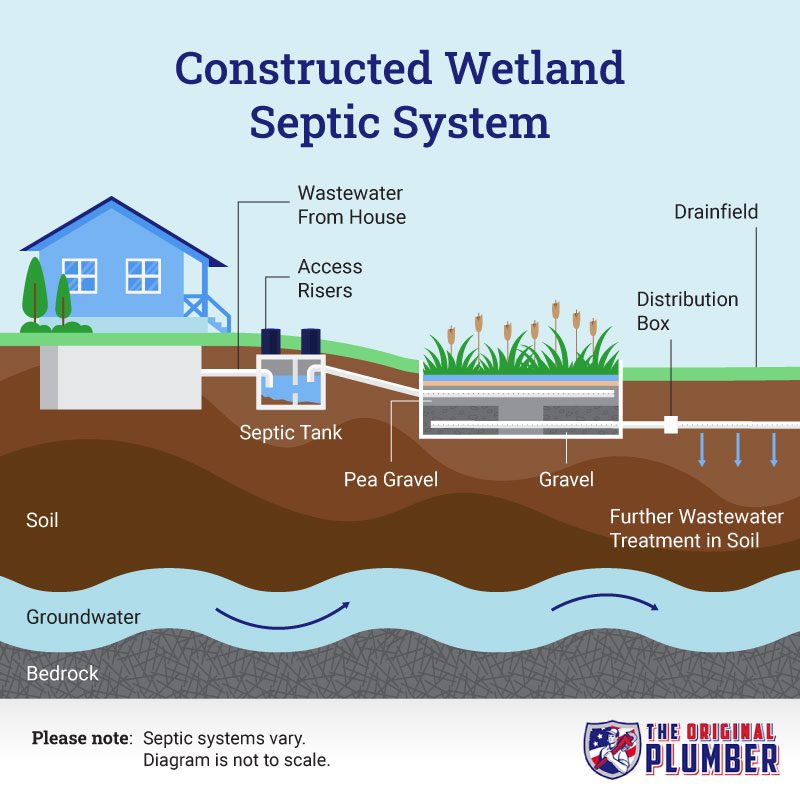 Sometimes, home sites close together have septic tanks that feed into a communal drainfield. 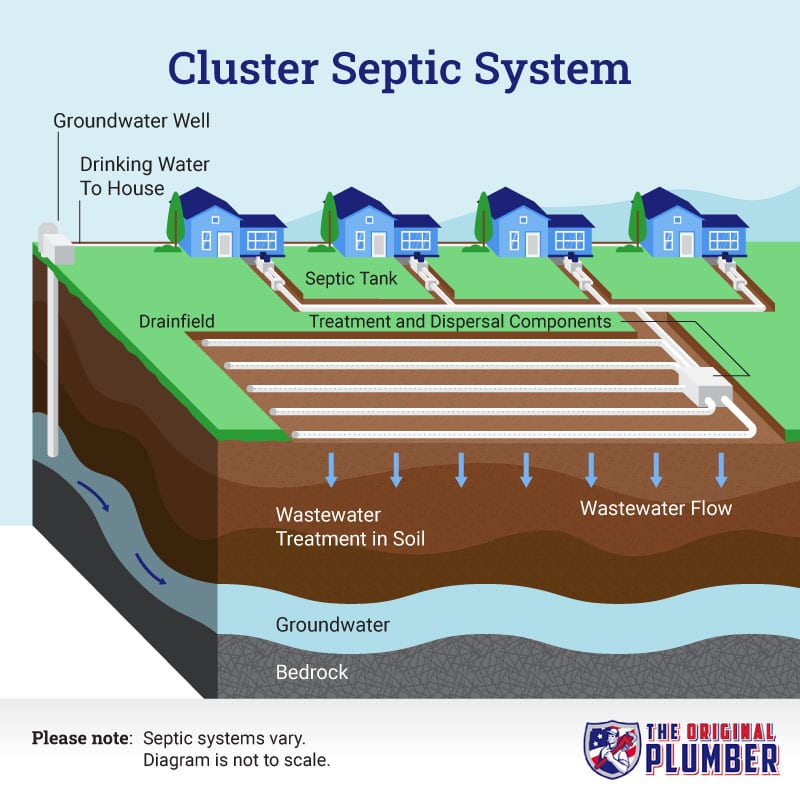 Inside a Septic Tank

The most common setup includes a septic tank, a distribution box, a drain field, and the network of perforated pipes connecting the two. The septic tank is connected to the house by a single main drainage pipe also called inlet pipe. The water waste from your home goes through it and into the septic tank where solid and liquid waste are separated from the liquid. Most septic tanks these days are made of two compartments. This essentially forces wastewater through two separate treatment cycles, removing the scum layer more effectively before sending water to the drainfield.

Both chambers are watertight and separated by a thick wall. A small baffle allows liquid waste water to flow in a single direction. Like the inlet and outlet pipes, this baffle is often T-shaped to prevent solids from entering.

When wastewater enters via an inlet pipe, materials like grease and oil float to the top, while solid waste and sediment sink to the bottom. This is to keep them out of the effluent when it reaches the drainfield. Solids can block up the perforated pipes there, while oils can cause damage to the leached soil.

At the bottom of the septic tank, a healthy population of anaerobic bacteria feeds on and digests organic waste. This helps keep the tanks from overflowing prematurely and removes certain contaminants from the mix.

At the other end, an outlet baffle prevents sludge and scum from leaving the septic tank and entering the drainfield. Once effluent exits the septic tank, it seeps into the soil via perforated pipes. The drainfield is a shallow area of uncovered land close to the house that filters untreated wastewater through rocks, dirt, and sand to remove impurities naturally. Eventually, gravity forces the water back down into underground aquifers.

A good septic system is underground and out of sight. There are usually inspection ports over each baffle, and most septic tanks also include a manhole access port, which allows pumping the tank. These access sites are usually covered with a plastic lid around 4” in diameter.

From the outside, an underground septic tank usually looks like a large metal or plastic box. You can usually distinguish these septic systems by the distinct inspection pipes on top of the box, often covered by green caps. Most tanks have one or two inspection pipes and larger manhole covers for pumping. Gases are released through a vent pipe.

Above-ground septic tanks usually look a little bit different. They’re often large and rounded, so they don’t collect debris on the top that might damage the system. They also tend to be made of fiberglass, polymers, or some other weather-resistant material.

On one side, the tank has an intake pipe connected to a baffle; on the other, there’s an outlet pipe. Attached to the outlet is a network of small, perforated pipes extending into the drainfield’s soil. The size of this area depends on how much water your septic tank must process. This will depend on your daily water consumption and the number of bedrooms.

What Does a Septic Tank Do?

A septic tank is designed to remove solids and impurities from water, which tend to build up over time. Understanding what a septic tank does is helpful in understanding how to care for your septic system. Most traditional septic tank systems have a septic tank, which is normally a big, concealed rectangular or cylindrical vessel constructed of cement, fiberglass, or polyethylene. It is not considered to be unusual for septic systems created prior to 1975 to have a single compartment and for those created after that period to have multiple compartments. In the septic tank, bacteria that survive in the absence of oxygen tear down a portion of the organic material. Sewage from all plumbing connections flows toward the septic tank, where weighty masses sink to the lowest point, where bacterial activity creates digested slime and vapors. The lightweight masses, such as grease, oils, and lipids, ascend to the highest point in efforts to create a scum film. 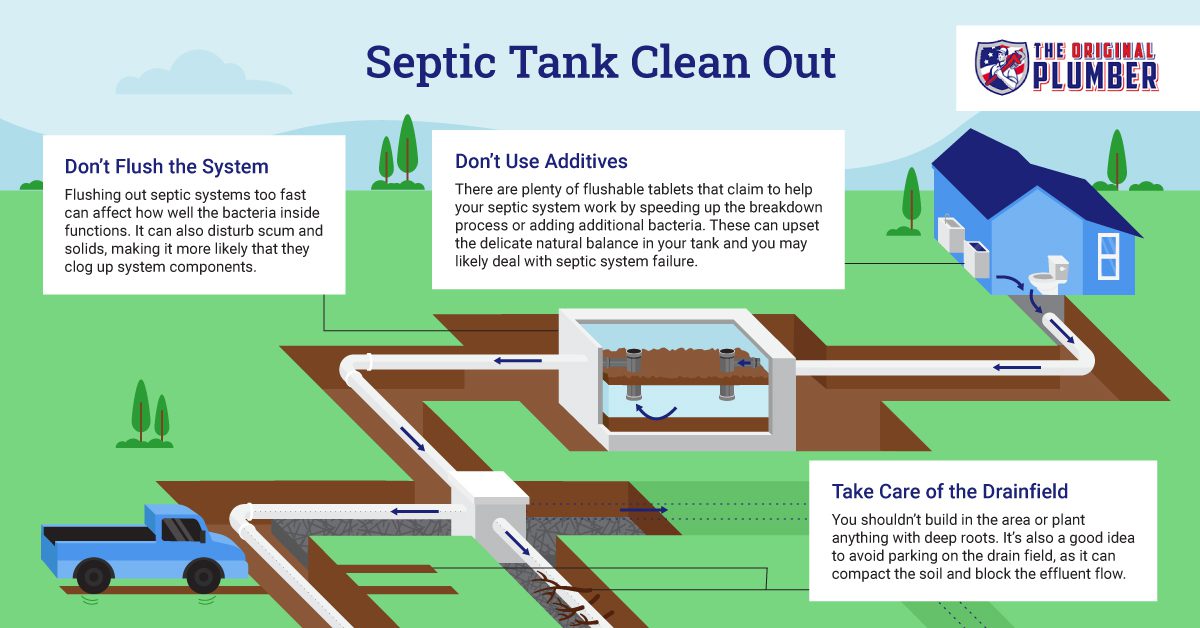 You have to clean your septic system regularly to keep it in top condition. Otherwise, your drains may get clogged, you’ll notice odors, and your drain field may back up. A good system should only need septic tank pumping every two to three years. When you get your tank pumped, it removes solids, which improves flow and efficiency during wastewater treatment. It’s easy to damage the system during maintenance if you don’t know what you’re doing. We recommend scheduling professional septic tank cleaning. This will help you ensure that your septic tank is operating at its optimal levels and prevent toxins from building up in the system.

One of the most common maintenance mistakes is to add chemical and biological additives. There are plenty of flushable tablets that claim to help your septic system work by speeding up the breakdown process or adding additional bacteria. You will like to deal with septic system failure with these chemicals. These can upset the delicate natural balance in your tank.

Flushing out septic systems too fast can affect how well the bacteria inside functions. It can also disturb scum and solids, making it more likely that they clog up system components.

It’s not just the tank you need to be wary of during routine septic tank maintenance; the drainfield is just as important. You shouldn’t build in the area or plant anything with deep roots. It’s also a good idea to avoid parking on the drainfield, as it can compact the soil and block the effluent flow.

There are certain things you shouldn’t flush down the drain when using a septic system. Septic tanks can only handle organic waste and septic-safe tissue. Things that may overload your septic system include:

Before sending anything down the drain, it’s best to check if it’s septic-safe. Most types of toilet paper are septic safe, but biodegradable is best to not disturb the vital bacteria. Overloading your system could result in foul smells, backed-up toilets, and even sewage forcing its way up through the leach field.

It’s a good idea to carry out a septic tank inspection every two to three years. A professional will do this during routine pumping. However, if you notice signs of your septic system failing, you may want to request an inspection sooner rather than later. A failed system can result in untreated waste moving where it doesn’t belong.

While it’s important to know how a septic tank works, homeowners should always call for professional help with any issues that arise. New homeowners should always schedule a septic inspection before buying a house with a tank installed. A standard home inspection usually only gives the septic tank a cursory glance, so it’s best to hire a specialist to look at the system in depth before committing to purchasing a property.

When you’re in need of a household plumbing specialist with straight talk and upfront pricing, call The Original Plumber for any septic system services, including:

From our offices to your home, we always put you first. Call now for a free inspection with our septic contractors.

CONTACT US TO DISCUSS YOUR NEEDS WITH OUR PROFESSIONAL PLUMBERS. WE PROUDLY SERVE: 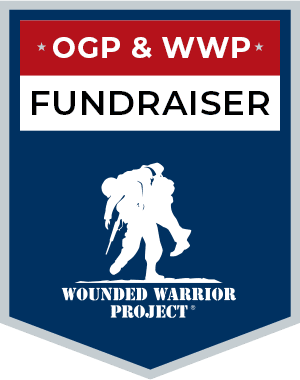 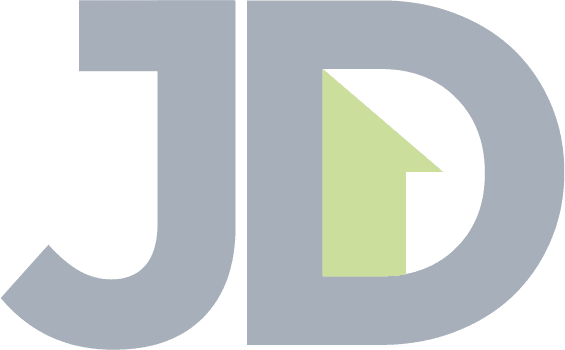